Five Startups That Failed and Why 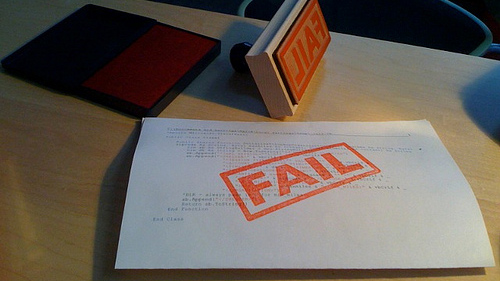 Contrary to the belief of many that failure is not worth discussing, there are many things that a person can learn from those who did not get it right. The fact that over 90 percent of innovative companies do not make it past their first year requires keen analysis that will not only help new entrepreneurs but also the established ones to tread cautiously. Below are history’s biggest 5 startups that failed and why.

In the early 90’s, three people- Ernst Malmsten,  Patrik Hedelin, and Kajsa Leander-  came together to form the would-be world’s largest fashion company. It was the right time when everyone in the in U.S and Europe were deep into the dot-com craze. After so many anxious delays in its launch, it finally did in 1999. To cut the long story short, Boo.com died a year later.

The first obvious flaw of Boo.com is that it failed to cater for the buying needs of its audience. Apart from taking a lot of time to load and not fitting on standard screens, the pages had many embellishments, such that a buyer would take the whole day navigating the site to find what they wanted. This slowly pushed customers away.

Another problem of Boo.com was overinvestment.  Despite not making profits, the company still focused on expanding its branches around the world, leading to a high burden of running costs. The fall was imminent.

If you wanted to shop for electronics in the late 90’s, chances are that outpost.com would be your first stop. Today, if you type the same, address into your browser, it will redirect you to Frys.com, the company that took over the assets of Cyberian Outpost at a throwaway price.

But outpost.com was not a company to vanish so easily. The economy ailed during the beginning of the millennium, leading to a fall in sales. The last nail on the coffin was a wrong strategy by the owners; they continued investing on stock market despite the loud warning bells.

When the market crashed, stocks the company had bought diminished in value. Outpost had to close and reimburse shareholders according to the demands by law; the money could only come from sales of assets- cheaply.

The strategy of CyberRebate looked fishy from the start, but very few people cared. The marketing firm, which dealt in variety of items, would sell goods to a customer at ten times the market price, and afterwards offer the client a chance to buy future goods at reducing price. The more a person bought, the lower the buying cost.

CyberRebate founders believed that every year, at least five percent of customers would not be able to make repeat purchase, and this would enable them to generate profits. Things never worked as they planned, and coupled with excess investment in other areas, the company ran out of capital and shut amid lawsuits from shareholders.

These are two more addition into the failed startup companies list. Learn their stories.